The food produced by Red Crescent cooks in the Turkish Red Crescent Mobile Kitchen vehicle trailer established in Afrin’s city square has been an important support to citizens who have been fighting for their lives for a long time under the pressure of terrorism. 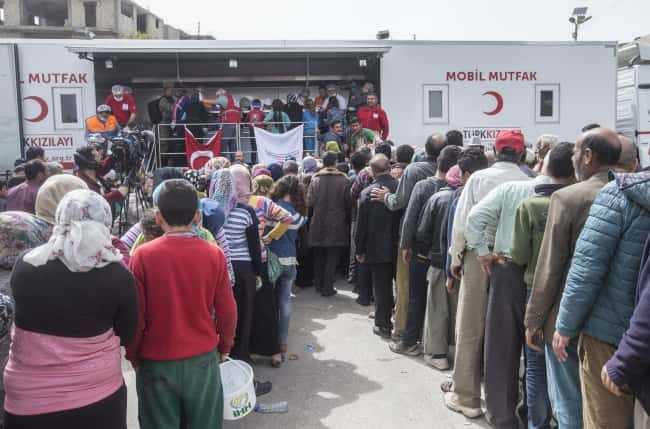 Stating that the needs of the people of the region have been identified and the urgent needs are delivered to the region immediately, Chairman Kizilk said, “The Red Crescent and other non-governmental organizations have launched a mobilization in the region under the coordination of AFAD. As The Red Crescent, we have launched mobile cuisine. Right now, we’re producing and distributing 5,000 meals at a time. We will double production as soon as possible.”

▰ Alkan Group, which started to serve the Turkish industry with the production of agricultural trailers in 1959, has completed its 61st year in business life.

▰  ALKAN is the tradition of transferring smooth, unlimited and continuous customer service satisfaction to new generations with the power and energy it takes from you to be the leader and determiner of its sector in order to always create services and innovations for the future.